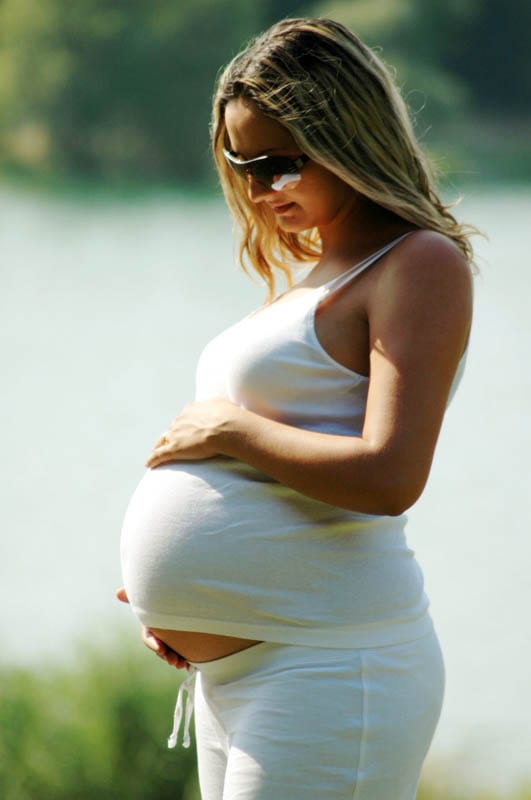 “Why do teens think that it’s so okay to do things that are so risky, like driving recklessly or taking drugs or doing things that really put their lives in jeopardy?”

Adolescence is really a time of so many changes. One of those is that teenagers are seeking to identify who they are as an individual and a part of that process involves risk taking.

So, the first thing we need to realize is that risk taking is normal during adolescence . However, risk taking can be positive such as trying out new sports or creative activities. Or it may be negative and these are the activities we see, notice and really worry about.

These worrying activities may be a risk to our teens health. You know things like using drugs or alcohol, unprotected sex, staying out late at night and thinking “Oh nothing will happen to me,” or maybe even staying out all night.

Although a teenager may have the body of an adult it has recently been proven that their brain is not fully developed until they’re in their early twenties. About the age of twenty-four in most young people.

Because of this they usually don’t rationalize what they’re doing. They also have a belief that they won’t die until they’re old and that nothing bad will happen to them.

As parents we need to first have a look at our own risk taking behaviors. Remember, teenagers are always watching their parents and imitating them. We also need to remember that drugs include things like alcohol. Many parents forget that alcohol is a drug so therefore don’t consider that they’re modeling risk taking behavior.

Let me give you an example. Jared came to me and he was worried when he found out that his son was going off to the local park with his friends and drinking alcohol almost every night. They were just sitting in the park and chatting and drinking alcohol. When he returned home he was often intoxicated.

So, after some discussion with Jared in one of our sessions I found out that for years on a daily basis when Jared arrived home from work his wife gave him a whisky to relax. And that’s how it was described. “I just have a whisky to relax after my long day at work.”

We had a long hard talk about this and the next day after work Jared sat with his son and said to him, “Hey I’ve realized that I’ve developed a really, really bad habit. I’m having a drink every day and I’ve decided I’m stopping straight away. I really don’t need to drink to relax and I’ve got myself into this habit.”

So, what Jared had done to show his son that he wasn’t infallible and that he was able to correct what he was doing. He also showed him “Hey son, I mess up sometimes too but I’m able to look at it and change what I’m doing. I don’t have to just stay on that same pathway.”

So, rather than be judgmental of his son he was able to say, “Learn from me son. Don’t develop a bad habit that may be hard to stop.”

Teenagers are learning from us all the time, learning bad habits and learning good habits. You know teenagers, they generally look to their parents for advice, modeling and how to assess risks. So, communication’s got to be open and without ordering or judgment. So that teens are going to listen and learn how to assess risks.

Because let’s face it, there are risks in everything we do whether it’s just getting into a car. When I get into my car to drive to work that’s a risk. It’s a risk that I assess just the same as if I was getting into a car with a group of teenagers. That would certainly be a different risk assessment for me!

What you need to be your teens is that there are a variety of consequences for every risk you take. Some risks are okay because they’re not going to generally result in serious injury to your health.

Most smoking, drinking and drug taking takes place in a peer group. So, one of the most important things you can do is to encourage your kids to bring their friends home so that you can see what they’re doing, and so that you know their friends. It is essential that your children have a good group of friends who are healthy role models.

Your teens also need to have a good self-esteem. This gives them the confidence that when they are in a situation of peer pressure they are able to say NO when they really want to.

Risk taking however can get out of hand, and this is when I sometimes get to see at risk teens in my practice. When unhealthy risk taking falls into a pattern and is no longer something that you and they can work through with open communication you need assistance.

Dangerous teenage risk taking, especially when it’s frequent and it includes a number of behaviors all at once, like drinking, driving recklessly, excessive dieting, drug taking etc is a warning sign. When risk taking is accompanied by depression and falling of grades at school it is time that you need to urgently talk to the school, find out what’s happening there, also see your doctor as soon as possible to discuss your fears. Your doctor will most likely refer your teen to a psychologist.

However, you’ll have serious problems getting them there if you haven’t kept the communication lines open. You need to be able to talk to them in terms of feelings. “You look like you’re really down today.” “ I can hear you’re not really happy.”

So, unless you’ve got communication lines open, if you’ve been angry with them and judgmental, you will not get them to see a psychologist, not effectively. A lot of kids can visit a psychologist or therapist and play the game – that is give the expected answers. However to have them really listen and benefit they need to be their because they can see they need help.

It’s very distressing because I’ve seen excessive risk taking and depression escalate into suicide. It is very important that parents don’t push their teens away at this time. It’s not the time for ordering or issuing out ultimatums. Because if you do you might drive your teen into running away, and then you will have no influence at all. You will not be able to help.

Remember it’s better to know what they are doing and be able to talk to them about it and get them to help. It’s not an easy job, being the parent of a teen. The most important advice to parents is to stay connected and keep the communication lines open. Make sure that your child knows they are loved, that they are appreciated and valued.

It’s a very difficult time. But unfortunately around the world things like teen suicide are realities. And sometimes we don’t see the warning signs and we don’t push them to suicide but we push them away in terms of being judgmental and talking in terms of ‘you should have,’ ‘you ought to,’ ‘it’s your fault.’ You know sometimes parent say, ‘let me tell you what happened to me.’ Well that’s not the way to do it.

Using language like, “It sounds like you’re very frustrated,” “I can see you’re really upset by the class change, is that right?” “It’s your choice. What can I do to help you.” “Oh you are so competent. You make me so happy when you…”

So, you can see the difference in the language. And straight away you get a different response from your teen.

It is the whole community’s responsibility to help the teens really get through the hardest years of their life. Remember throughout the teenage years they have all the extra hormones and other pressures going on as well as dealing with whats happening in the world. They really get effected in a way that sometimes we just don’t understand.