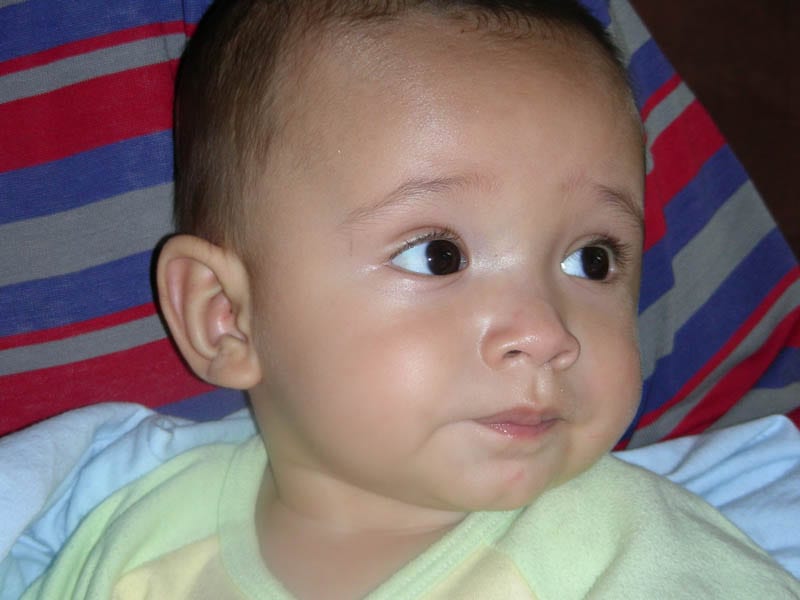 The floors of the living space of our home is completely laid with marble, cut out of limestone, and polished to a silvery sheen. It was cool for the tropics and for the hot day.

But it was also slippery, especially if water is spilt on to it.

That was why, one fine day, our baby boy Vin who was barely a toddler at three years old, stepped on his split drink from his plastic cup, and fell.

The doctor diagnosed a slight fracture on his left hand, and after a few days in a sling, the fracture healed by itself as it was very slight, and he was well again.

That taught us a lesson of home safety for kids. Always ensure the floors are dry if they are not carpeted.

But there was more to this.

I discovered Nature had a way to compensate for the fracture. Very soon, it seemed Vin liked to use his left hand that had been fractured before more often than his right, and that became his strong hand.

He was using his left hand for writing, for playing with the crayons, and for holding his toys.

Questions raced through my mind.

Should I trained him against his natural desires to be ambivalent – to use both hands for writing? Would it be harmful to him emotionally and personally? How would this affect him when he is older? Would he resent having been forced against his will?

What a dilemma it was!

Let us see what the German advice center for left-handers, “The Green Cross” in Marburg said.

The first test to apply is to identify the left-handed child. This is easily done by observing with which hand he first spontaneously grabs a toy.

Having identified a left handed child positively, support the child by helping him with writing and painting exercises.

Left handed kids have tensed-up hand position. When they write with their left hand, they get tensed up easier because they find it harder to see what they are writing.

Therefore, the parent should lay the paper to the left of the child, and clockwise about 30 degrees to the right, with the hand held below the line on which the child is writing.

Teach the child to use his right hand to hold the paper on the right side.

Should a parent force the left handed child to use his right?

The Green Cross emphasised that parents must never force and try to train a left handed child to become right-handed. Reasons?

The left-handed child will start to have concentration problems and difficulties, and also develop negative psychological effects later on in life.

Did I force my son to be ambextrous aand to use both his hands for writing?

When he was 10 years old, I took him to the largest Left-Handed Shop in the world. It was located in The Quay, in Sydney Harbor area. He was beaming with all the toys, the utensils and everything else that was designed for the left-handed world. Here inside this shop, he was able to find everything designed to meet his needs as a left-hander.

To this day, Vin is still left-handed and writes beautifully with his left hand.